Jeni Bonell from Queensland, Australia, says her children have to contribute to the household chores - or she would be exhausted

A MUM of 16 - including nine boys and seven girls - has revealed how she managed to get her kids doing chores.

Jeni from Queensland, Australia, told how with so many kids you have to be organised.

"We have to keep some sort of order to the chaos that is our big family," she said, explaining on her YouTube channel they have a weekly job roster.

"Our job roster came about back when we had six or seven children.

"I was a stay-at-home mum and dad was working hard."

She continued: "Even though the children were small I felt as though I wasn't teaching them how to learn these skills and how to give back to the family.

"If mums are doing all the jobs all the time, no one is having any fun.

"If you live here you work here.... after all when they move out into their own homes all the jobs are theirs."

She said when she started the roster it was "scribbles on a bit of paper". "It was very time consuming," she explained.

"But with the kids' part-time jobs and commitments like sports it became really tricky. So I put my thinking camp on."

Now it is a lot more organised and the family sit down weekly with their timetables.

They have laminated cards with jobs on and varying jobs are put next to their names.

Jeni then photographs, prints out and laminates that week's roster.

"We put our kids on the roster at the age of eight," she said.
She said the younger ones got "upset" if they weren't on the roster. "I think it's cute, it's really encouraging," she said.

"The roster hangs on the wall.

"It's so everyone can see what job they are on that night and learn different skills."

She said it ensured all her kids knew what they had to do - and she wasn't "exhausted." 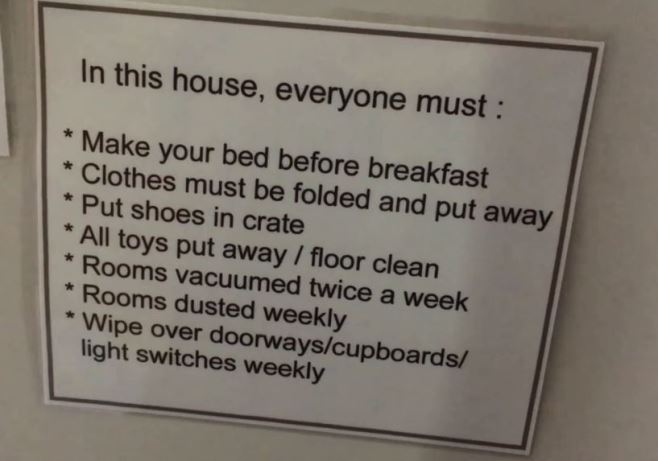 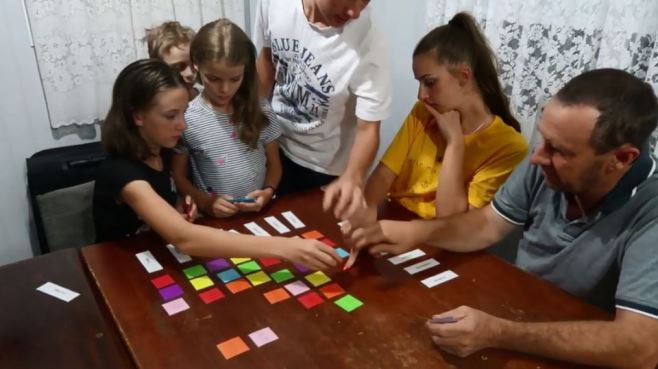 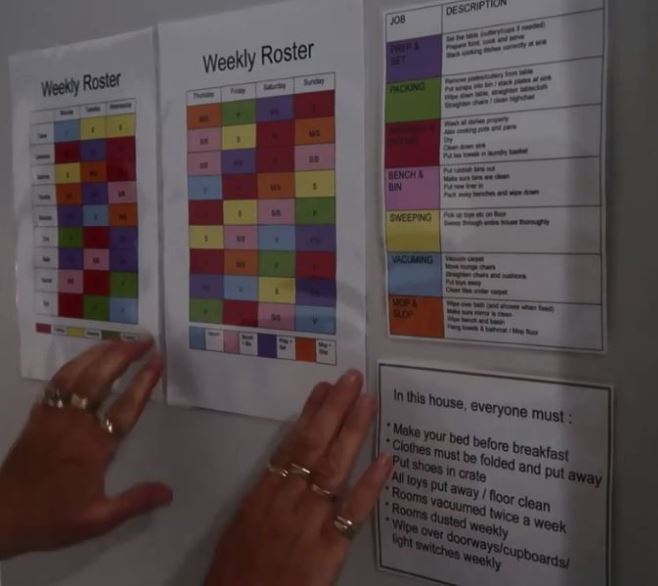