When the 26-year-old Lusine Sharoyan and her husband were planning a third child, they could not think that they would soon have not three, but five at once: having come for the first time to an ultrasound in the early stages of pregnancy, Lusine found out that she was expecting triplets.

Sophie, Sati and Samvel were born on September 6 at the Research Center for Maternal and Child Health. Two older children of Lusine were born here - a boy and a girl. Now in their family there are three girls and two boys.

A few days later, on September 11, other triplets were born in the same center - the children of 40-year-old Anna Frangulyan. They were named Grigor, Daniel and Harutyun. Anna now has five sons.

It is interesting that in both cases the triplets were conceived naturally, which is actually a rarity, according to the director of the Research Center for Maternal and Child Health George Okoyev.

According to him, in recent years, triplets began to be born more often - thanks to the use of assisted reproductive technologies, including IVF. But the chances of conceiving triplets in a natural way are rather low.

With a triplet pregnancy, according to a specialist, the risk of complications is usually higher than with a singleton pregnancy. Most often, triplets are born prematurely and require special care in neonatal intensive care units, so it is extremely important that they are born in maternity hospitals of the third category, so that they can be provided with this care at the proper level.

Anna and Lusine triplets were also born prematurely. As the obstetrician-gynecologist Armen Gasparyan told NEWS.am Medicine, at birth, Lusine’s children weighed 1450, 1650 and 1750 grams. They were born at 32 weeks of gestation by caesarean section. From August 23, Lusine received treatment in the high-risk pregnant department, where doctors did everything possible to postpone the preterm birth and give the babies time so that their lungs could form and develop.

According to obstetrician-gynecologist Armen Badalyan, who led Anna’s pregnancy and performed a cesarean section at 35 weeks of gestation, little Grigor, Daniel and Harutyun weighed 1600, 1650, 1450 grams at birth. The case of Anna is also interesting in that her two older children were also born through Caesarean section.

Since the babies were born prematurely, they had some breathing problems, and for some time they received treatment in the neonatal intensive care unit. But now, as the head of the neonatal service Anaida Asatryan said, all the kids are feeling well and will soon be discharged and will go home. Their quick recovery was also facilitated by the fact that both Lusine and Anna breastfeed their children: this, of course, is not easy when it comes to triplets, but young mothers and employees of the Research Center for Maternal and Child Health did everything possible to babies received the best nutrition possible - breast milk. 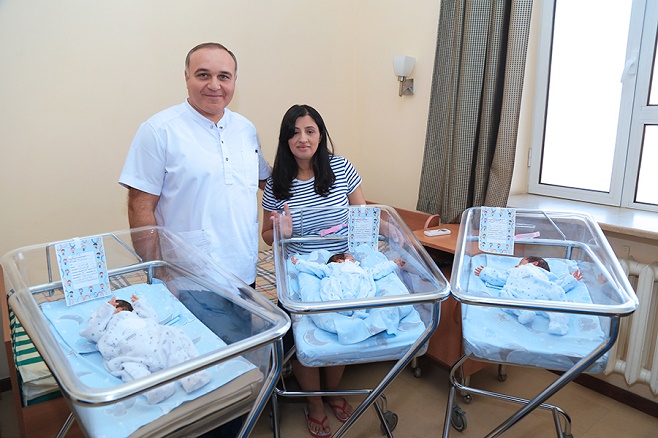 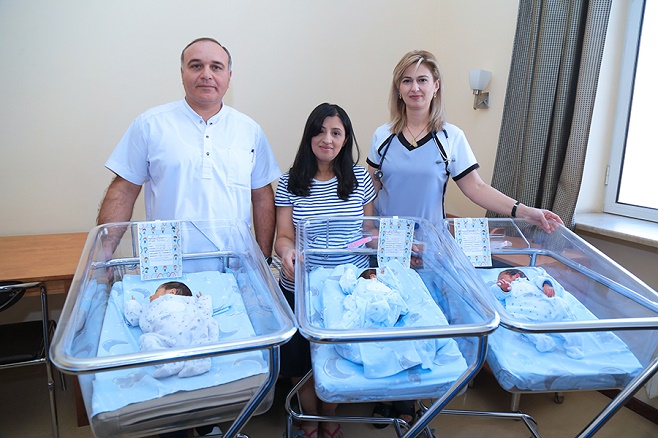 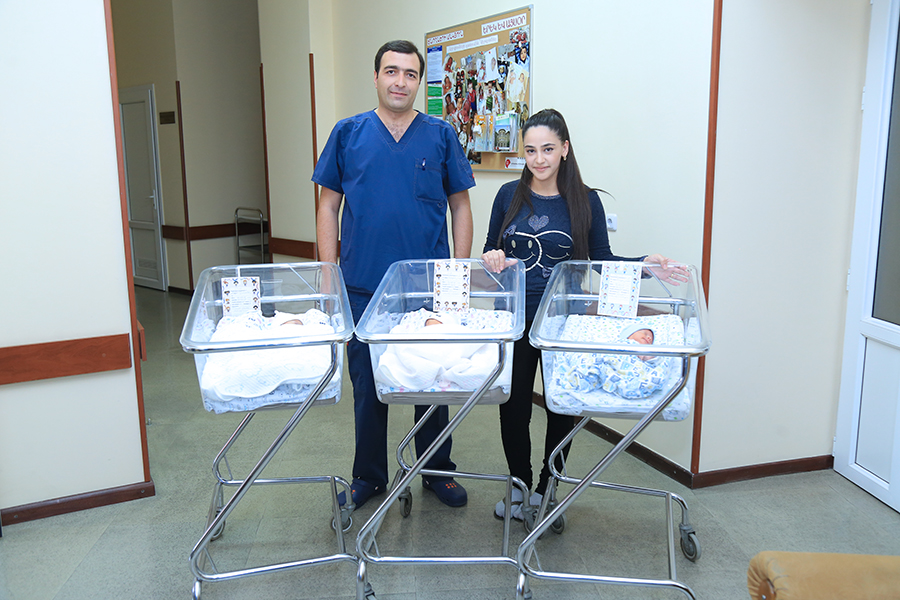 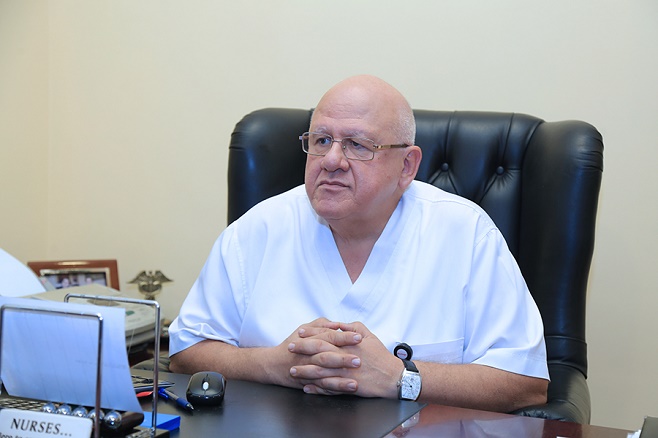 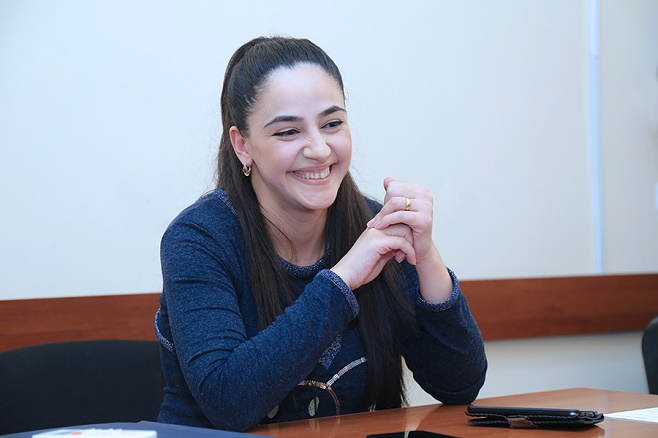 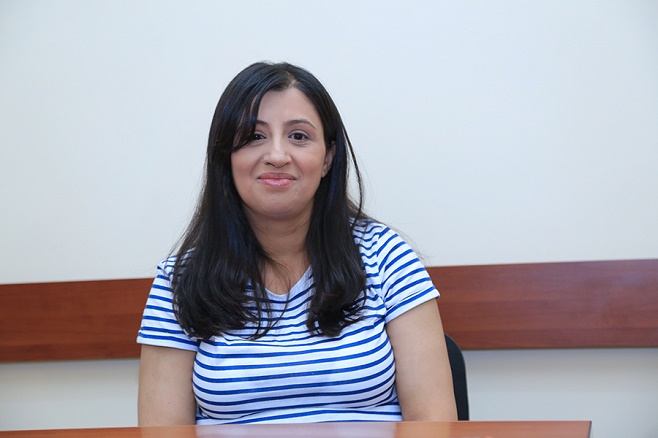 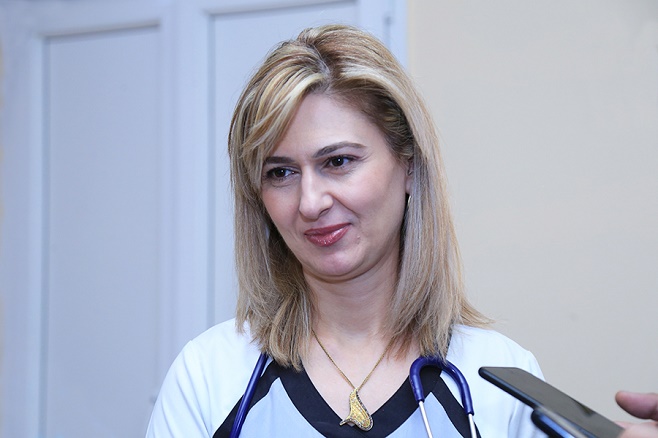 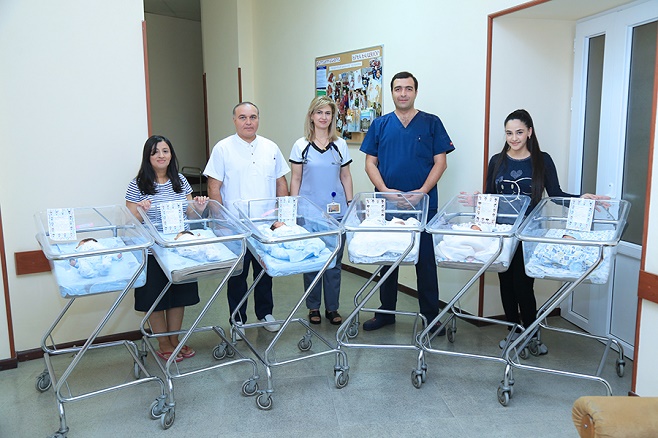