ATTENTION: The photos presented below may contain sensitive content!

Due to bleeding, the man's tongue was swollen and blackened, blocking his airways. Doctors unsuccessfully tried to stop the bleeding with drugs. As a result, the patient developed airway obstruction and cardiac arrest was recorded.

The doctors restored his heart rate after 10 minutes of cardiopulmonary resuscitation. He underwent an emergency tracheotomy to start breathing.

However, during the second surgery next day bleeding again developed, which provoked cardiac arrest. Fortunately, the doctors saved his life.

The patient spent 64 days in the hospital. 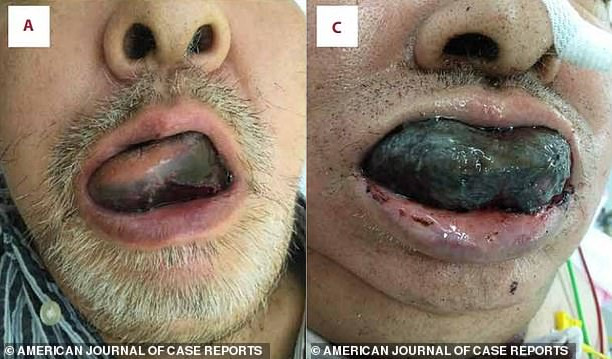